Ivano Marescotti, born in Villanova, near Bagnacavallo, in 1946 is an actor. 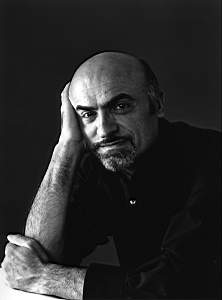 Marescotti started to act in theatres in 1981; his cinema debut started in 1989.
He has acted in more than fifty films and has been directed by celebrated directors such as Ridley Scott, Marco Risi, Roberto Benigni, Pupi Avati and Carlo Mazzacurati.

Since 1993 he has also performed in his local dialect, staging texts by Raffaello Baldini; he has also re-written in dialect texts by Dante and Ariosto.

Since 2002 Marescotti is the artistic director of Teatro Comunale of Conselice, where he also produces his own plays, alongside staging a remarkable programme of plays and comedies of national relevance.