Alfonsine is an important and modern agricultural centre. Its origins are linked to the Calcagnini family; in 1465 the duke of Ferrara Borso d’Este presented the count Teofilo Calcagnini with the lands on the right bank of the Po of Primaro and the towns of Filo and Longastrino.

These lands were mainly woods and marshes, so Teofilo started an important reclamation scheme that his son Alfonso continued; he then named the reclaimed lands “Le Alfonsine”.

Traces of the original marshes can still be found in the Wildlife Reserve, a 12 hectares oasis for the local flora and fauna which is part of the “Parco regionale del Delta del Pò”. Alfonsine’s reserve has three main areas: the Pond of the former Violani brick-kiln pit, where the Great crested grebe nests and the European pond turtle lives, the Grove of the three canals, a flooded wood with Silver poplar, White willow tree and Common elm; the third area runs along the ending part of the Mills Canal and is a grove where cornel, elder, hawthorn and beautiful wild orchis grow.

The Visitors Centre of the Park is the house where the most important Italian Neoclassical poet Vincenzo Monti (Alfonsine 1754 – Milan 1828) was born. The fine XVIII century building is located in via Passetto and houses furniture, paintings, memorabilia and some original editions of Monti’s work, together with the natural reserve museum.

Alfonsine was harshly bombed during the Second World War; located in piazza della Resistenza, the Museum of the Battle on the Senio holds a collection of documents about the battle that took place on April 10th 1945, about the partisans struggle and the last year of the war in Romagna. Casa Agnese, is an interesting rural house where, in 1975, the director Giuliano Montaldo shot “L’Agnese va a morire”, a film about Resistance and partisans.

The Archpriest Church of Santa Maria, located in Corso della Repubblica, is worthy of a visit; the interior has remarkable windows and ceramics made by Gaetano Dalmonte. There is also an interesting painting depicting the christening of Jesus Christ, made by Anacleto Margotti and donated as a reconciliatory act by a former U.S. Air Force member that participated in the bombing of Alfonsine.

Main events
Every year on April 25th the town hosts “Nel Senio della Memoria”, an itinerary (to do on foot or by bike) along the river Senio with story telling, theatre events and music, all aimed at keeping historical memory alive.
On October 31st the town celebrates Halloween by turning into a scary place with witches, wizards and ghosts.

For more information, consult the chapter on Alfonsine of “Terra del Benvivere – Tourist Guide of the Union of Municipalities of Lower Romagna!” (published in 2010)

By Car
Alfonsine is in the province of Ravenna, it is 18km from Ravenna, 65km from Bologna and 60km from Ferrara. Alfonsine is along the main road 16 Adriatica (linking up Ravenna and Ferrara)
Tollgates: Bagnacavallo, on the A14dir (km 13) and Faenza on the A14 (km 28)

Alfonsine is on the Bologna – Ravenna railway line; change for Ferrara and Faenza
Info: www.trenitalia.com 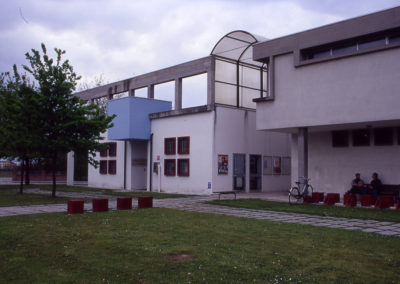 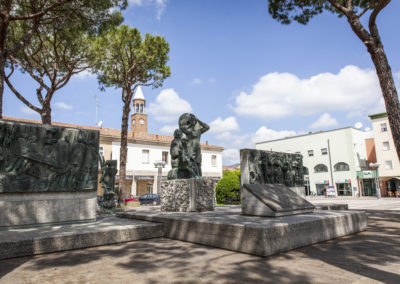 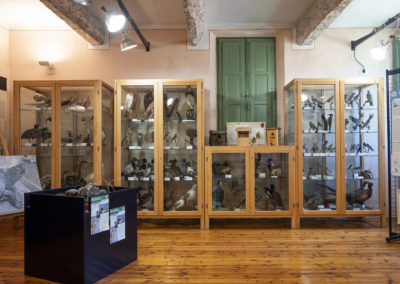 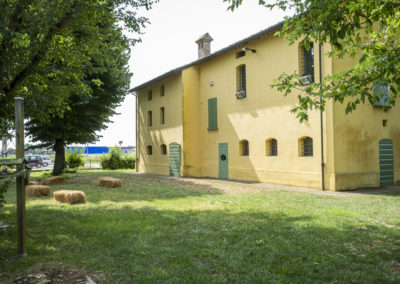 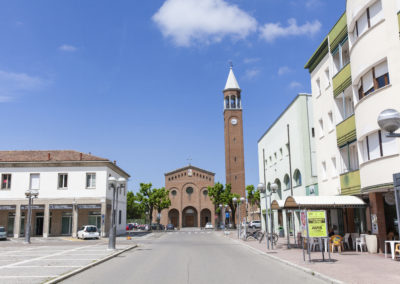 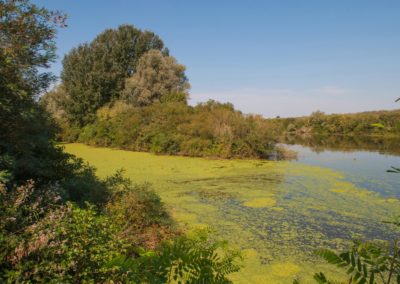