Massa Lombarda probably originated from a rural settlement located on the borders of Lugo’s wood.

Before 1251 it was named Massa San Paolo; around that time a number of families from Brescia and Mantova escaped from Ezzelino da Romano’s threat and found their home here, hence the name Massa Lombarda. The late XIX century and early XX century were times of great economical development: marshes were reclaimed, fruit trees and sugar beet started to be cultivated extensively, fruit warehouses and sugar refinery were built and commercial exchange with foreign countries established.

In 1927 Massa Lombarda hosted the “II Esposizione Nazionale di Frutticoltura”, the major fruit-related commercial exhibition in Italy. Fruit cultivation is of course central in the life and history of the town, as the Museum Adolfo Bonvicini shows with its displays; the museum is housed in a rural villa just outside the centre. Nearby lies the Sanctuary of the Beata Vergine della Consolazione, built between 1749 and 1813. The late XVIII century church of San Salvatore and the XVII century church of Santa Maria del Carmine (housing a cloister and a convent) are located on the high street and both host cultural events. The Town hall and the Clock tower were designed by Cosimo Morelli.

The XVI century church of San Paolo is home to some fine paintings and to a XVIII century wooden choir. The town museum Museo Civico Carlo Venturini displays paintings by Garofalo, Bastianino, Giambattista Bassi, Giuseppe Caletti and many others. The public library is named after “Carlo Venturini”; it has an antique archive and about 8,000 volumes. The Sanctuary of the Madonna del Trebeghino (also known as “dell’Oppio”) was probably founded around the XVII century and is one of the oldest of the town.

Main events
During the last weekend of August the  Sagra delle Sfogline takes place, a local fair celebrating the art of pasta dough rolling during with locals compete against each other to roll the best pasta sheets and turn them into delicious tagliatelle, and the Festa del Buco Incavato, that celebrates the local peach.
During the summer, Il piccolo festival della narrazione, a festival about music, readings and poetry, takes place at the ancient dawn. 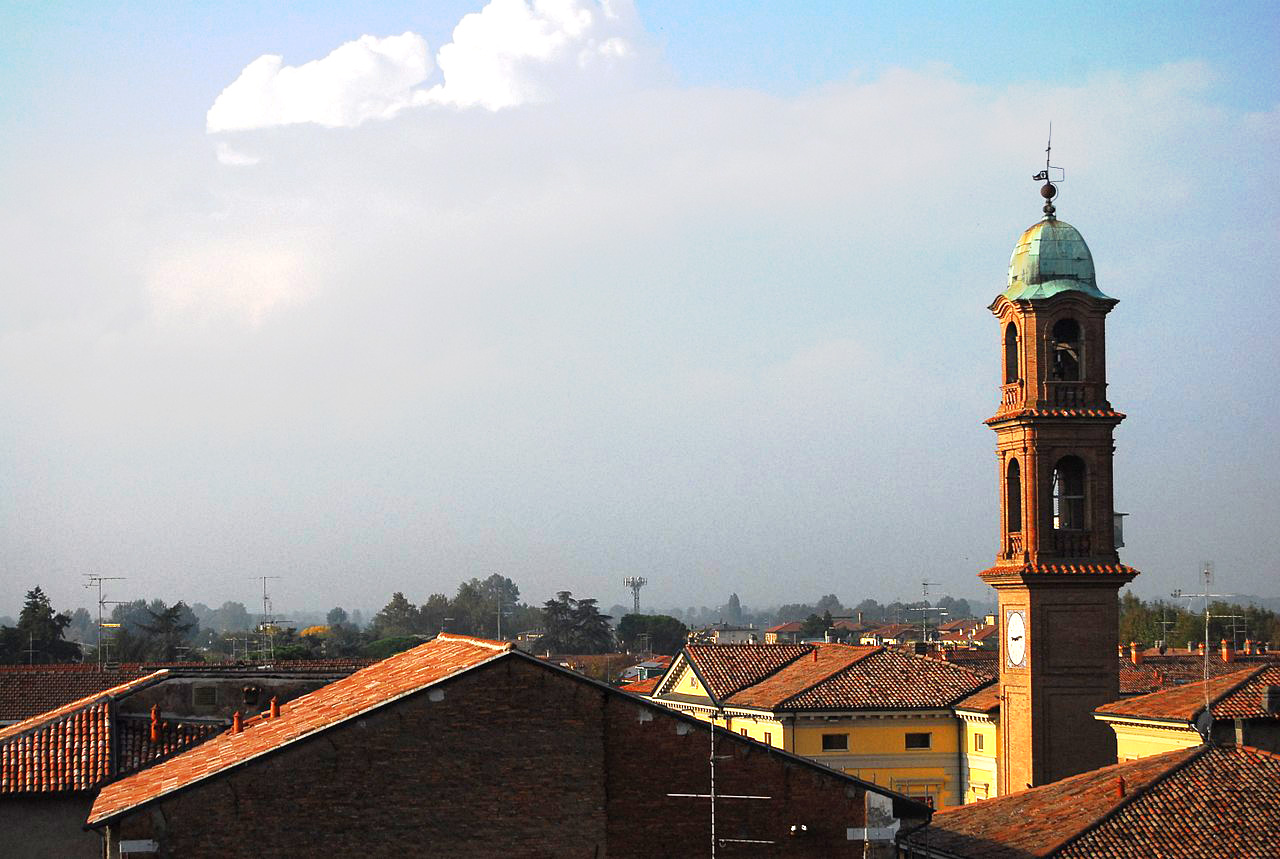 By car
Massa Lombarda is in the province of Ravenna, it is 34km from Ravenna, 50km from Bologna and 59km from Ferrara. Tollgates: in Imola on the A14 (17km) and in Lugo on the A14dir (20km)
Massa Lombarda runs along the main road S.P. 253 San Vitale (which links Bologna with Ravenna)