Lorenzo Alberani was born in Fusignano in 1859 and died in Bologna in 1926. He was a merchant and manufacturer os costumes of opera. 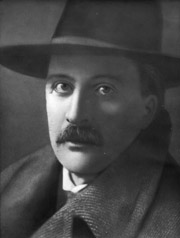 Lorenzo Alberani was born in Fusignano on the 10th of August 1859 from a wealthy family of merchants. Since an early age, he showed a particular attitude for music and started to study music with the help of his mother.
In 1888 he gained a diploma at the important music school ‘Liceo Musicale Rossini’ in Bologna; soon after, he started touring various places.

Once back to Italy, he also started to make the costumes of the operas that he was directing; later on, he also made a business out of letting the costumes to other companies.

Alberani died on August the 17th 1926; his health had suffered a hard blow from the untimely death of his older son Amedeo.