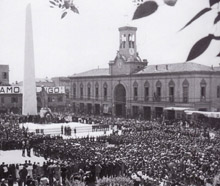 Francesco Baracca has played a very important role during World War II, to the extent that he has become a myth. His fame is also connected to the rampant horse, symbol of Ferrari’s cars.

A lot has been written about Baracca and it is interesting to notice that two different images emerge from historiography.
On one hand we have the “knight of the air”, one who views aerial combat as a duel between gentlemen, and who harbours great enthusiasm for these battles in the sky, for fights and for victory; this aspect of Baracca was then exploited during Fascism, an age in which he was held as a symbol of political ideology, as a hero completely devoted to defending the homeland. 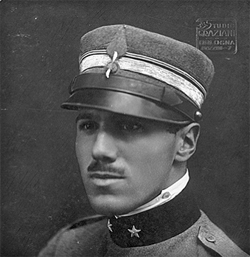 On the other hand we have a more warrior-like figure, showing no compassion towards the enemy, a war machine without a heart, completely devoted to his military duty.
The interpretation which tends to prevail today, however, is that of a common man, interested in modernity and in the advantages of career, such as avoiding daily routine and gaining success.