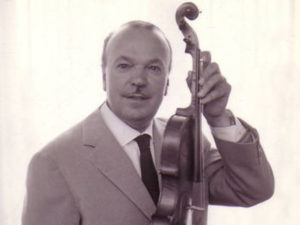 The extraordinary success of “Liscio“, this music genre, was due to the fact that it was meant to be danced in pairs, which was rare at the time. Liscio is still alive after seventy years of changing music trends and this is the proof that its connection with this land is very deep. Liscio orchestras still perform their concerts in dance-halls in rural villages or in town feasts, where you can see people dancing along.

This genre of music is specific to Romagna and quite unique in its kind; it originates from the unlikely combination between dances and music from North European courts, such as waltz, polka e mazurka (which arrived in Romagna with the aristocracy that came on holiday on the Riviera) and 18th century popular music such as tresconi, saltarelli, manfrine and furlana, to name a few.

The violinist and composer Carlo Brighi, known as Zaclén, brought the two genres together during the second half of the 19th century in Romagna.
However the greatest interpreter of liscio was Secondo Casadei, who launched the trend of singing in the regional dialect and included jazz instruments such as drums and saxophone, inspired by the American soldiers that came here during the war.

The socalled “s’ciucaren” certainly constitute one of the most folkloristic sights during these concerts: dressed in traditional costumes, the unmistakable masters of the whip keep up with the rhythm of the orchestra by cracking their instruments.