THE UPRISING AND LOOTING IN LUGO

The uprising and looting in Lugo is an episode that happened between June 30 and July 8 1796 as a result of the locals’ revolt against the French army. 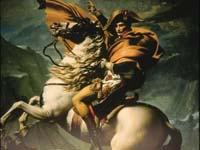 On June 23rd the French army invaded Ferrara and ordered the citizens of Lugo to gather four million lire. A week after, representatives from the army arrived in Lugo to collect the money.
In the previous days the locals had started to gather the money and had already collected the sum of 18,000 scudi. The town’s representatives opposed the request of the army officials to collect the money before the deadline that has been established, but the result was the seizing of the silver bust of the local patron saint Sant’Illaro. This event provoked great indignation and caused an uprising.

On July the 1st the locals organised an uprising against the French army; other nearby towns also joined forces, these included fellow Bassa Romagna citizens from Cotignola, Barbiano, Massa Lombarda, Sant’Agata, Bagnara, Solarolo and Mordano.

On the 6th of July the French army arrived and was blocked by the locals before they reached the Santerno river; they first fought in the village of Frascata and the locals, gathered in great numbers, used the river as a natural defensive line, which worked to a certain extent, until the French army managed to reach Lugo from the side of Faenza, where a smaller number of people (citizens of Cotignola) had been deployed for defence.
The French used their cannons and managed to enter Lugo, where a small number of brave citizens had remained. The retaliation was very harsh and the army looted the town; they even took the precious bust of Sant’Illaro.