Lamone: a river of emotions

A 22 miles path along the Lamone river, a water way to be traveled slowly discovering the beauties of a unique territory: the lush plain, the reclaimed valleys, the brackish lagoons, the centuries-old San Vitale pine forest, the flooded forest of Punte Alberete – populated by important species of aquatic avifauna – until you reach the suggestive coastal dunes of the river mouth. An open air museum enriched by interesting historical and cultural sites such as San Giacomo Palace in Russi and the Eco-museum of Marsh Civilization in Villanova di Bagnacavallo. A tribute to the territory and an invitation to discover the richness that lies in it. A wonderful journey between past and present immersed in a unique environment between history, culture and nature.

Are you ready to start the route? 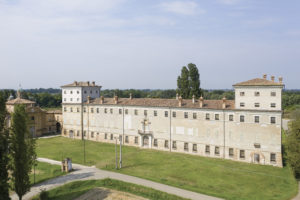 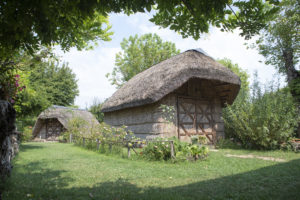 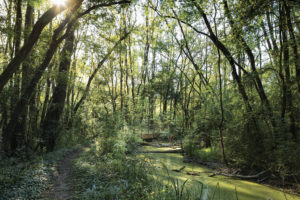 Who: everybody, those who love outdoor life and cycle tours

When: all year round

How: by bicycle, on foot, running

Why: to discover a special corner of Italy to be savoured with the eyes and appreciated with the turn of every wheel

Imposing and beautiful holiday manor, built by the Rasponi family at the end of the 17th century.

Archaeological complex (I – II cent. A.D.), among the most important and best preserved of northern Italy.

Built to defend the territory in 1371, now houses the Civic Museum and the art collection of the city.

Elegant building in a green countryside, was the holiday residence of the Hercolani Counts of Bagnacavallo.

The building, whose popular name is due to a dog shaped statue, put there as a guardian.

Built in 1944 by the Government of Canada, houses Canadian soldiers dead during World War Two.

Fascinating museum which testimonies the ancient civilization and the original use of marshy herbs.

Manor house, built between the 17th and 18th century, with an elegant baroque decorated oratory.

Halfway between a castle and a manor house, they were built up in the 16th century by the Rasponi as a refuge for the hordes of bandit raiding the countryside.

Active until 1988, today it’s a nice example of industrial archaeology, with a large nave building and a huge furnace.

Surrounded by the beautiful landscapes of the Po Delta Regional Park, it houses the Park Visitor Centre.

Imposing building built up in the 16th century as a military garrison and then tuned into a restoring place for pilgrims.

It houses the Visitor Centre of the Po Delta Park and an ornithological collection donated by the naturalist Alfredo Brandolini.

Fascinating marshy ecosystem, call for various species of birds that come here to feed and nest.

Vast brackish lagoon connected to the sea, important feeding ground for thousands of birds of passage.