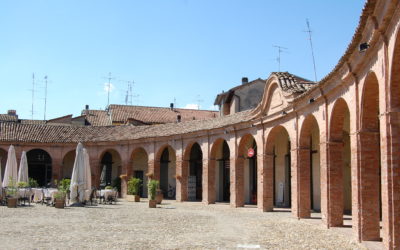 Oval square built in the XVIII century as a market for butchers, fishmongers and oil vendors. 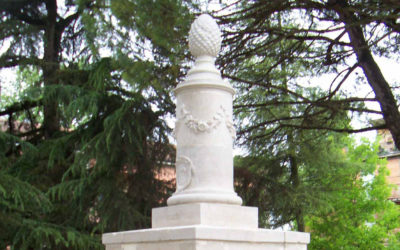 “E munumént dla pègna” is known by the eldest local people as “e funtanòn”: from the mouth of its three mysterious masks, fresh water used to run from a water-bearing layer which, 30 years after its inauguration in 1874, dried up. 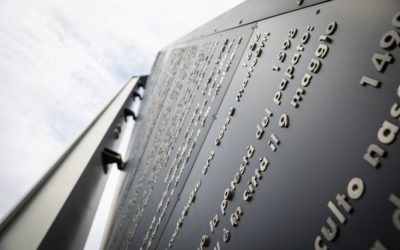 The People’s Sundial (Meridiana dei Popoli) is in the City Centre and is by Mario Nanni, artist and light designer. The 2014 monumental structure rises at the intersection of the long ago Cardo and the Decumano, the principal axes of the ancient Roman Legionary camp layout.

ANCIENT ORGANS OF LUGO AND CONSELICE

The Callido organ that is kept in the Carmine Church of Lugo was built in 1797, and it is regarded as the second most beautiful organ made by Gaetano Callido, the most beautiful one being the one of the Parish Church of Candide in Cadore (Belluno). 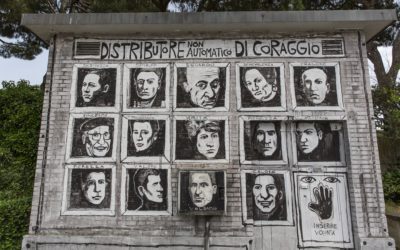 It used to be an ENEL power transformer cabinet. Now it is a ‘non-automatic distributor of courage’. The street artists of ‘Collettivo FX’ from Reggio Emilia painted this mural. It depicts the faces of the four Cotignola-born Righteous heroes Luigi and Anna Varoli, Vittorio and Serafina Zanzi, as well as those of the seven Martyrs of the Senio River executed by a Nazi firing squad in October 1944, of partisan Leno Casadio and local priest Father Stefano Casadio who freed Cotignola from Nazi occupation with the ‘white flag’ scheme, and of young partisan Esiodo Rava. 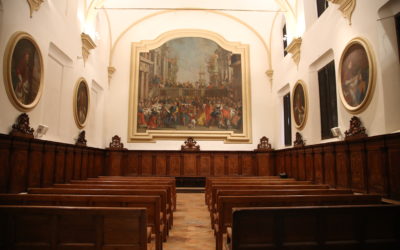 The monastery of San Francesco dates back to the XIII century. The building includes the church, the monastery, which houses the beautiful refectory ‘Sala Oriani’, the cloister, the hotel Antico Convento San Francesco. The congress hall has 100 seats. 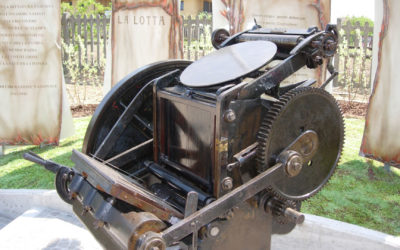 This monument celebrates the freedom of press and the underground press which was in action during the liberation of Italy at the end of World War II; underground press was an outstanding phenomenon during those historical events and a fundamental means to achieve freedom and liberate the country. The monument is a printing machine similar to those used during the liberation days; behind the machine stand the plates of the news magazine and the Italian and European flags, which were the inspiration for those who fought for freedom. 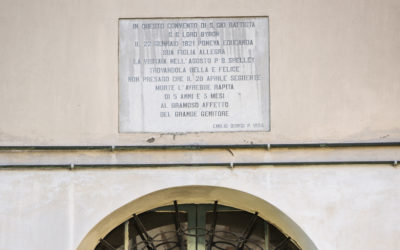 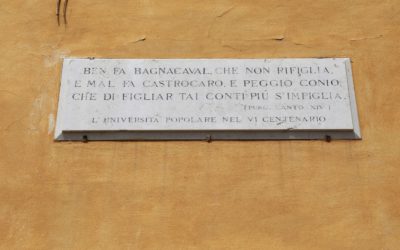