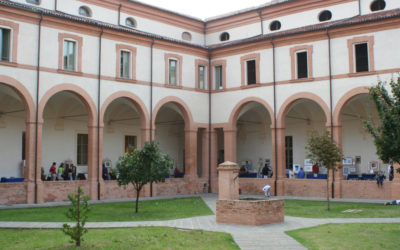 The monastery of S. Francesco dates back to the XIII century and it’s the oldest monastery of Bagnacavallo. It’s a very large building which the church and the monastery itself; the latter includes the remarkable refectory, now named “Sala Oriani”, the cloister, the monumental staicase and the rooms at the first floor used as exhibition venue and the underground rooms. 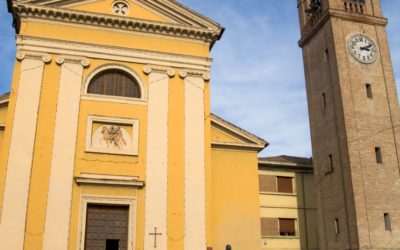 The church, overlooking the main square, was built in 1820 in neoclassical style on the ruins of a XI century romanic church. 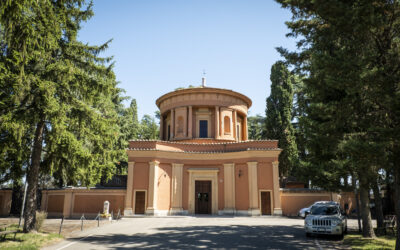 The Sanctuary was built between 1794 and 1813 under the supervision of the architect Zaccaria Facchini. Beside it, you find the municipal cemetery. 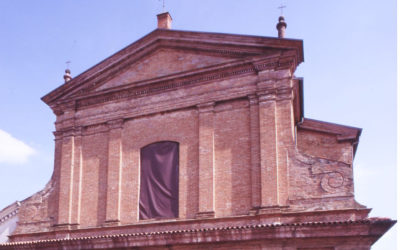 The church, dedicated to "Madonna Annunziata", was rebuilt in 1640 in Baroque style, since the former building had been destroyed by an earthquake. The bell tower, with pyramid spire, was destroyed during the war.

The church was built in 1537 and consacrated on November the 10th 1577. This two naves church has a sober Romanesque style. The building was restored in 1932 by the architect Gianluigi Poggiali. Next to its, lies the 38mt high bell tower, which has a square structure. 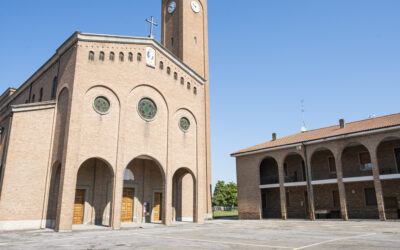 The church of Santa Maria was built in the early 1950s. Inside the church of “Santa Maria” can be seen the apse stained-glass windows and the precious pottery by Gaetano Dalmonte from Faenza. 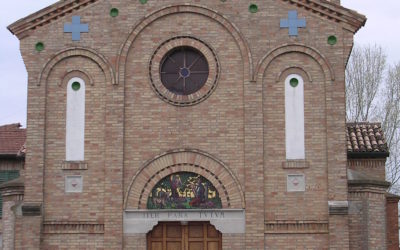 The sanctuary, important pilgrimage destination, preserves a XVI century ceramic image of the Virgin and 46 votive printings dated XVIII and XIX century. The sanctuary is located in an area that formerly was covered by woods. According to the tradition several miracles happened here.

The facade of the church, dating back to XVII century, looks on the main road to Bologna. After the decay of trades with Ferrara, this road became the most important commercial guideline. 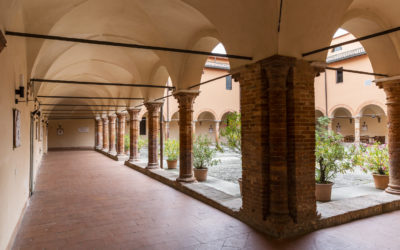 S.Ilaro devotion in Lugo is deeply rooted, even if it’s not well defined when it started. For sure the first traces of public devotion date back to the VIII century.