Fortresses and towers in Bassa Romagna

An itinerary through the history of Bassa Romagna with high towers, symbol of the military and economic power of the municipal towns since the XII century, and ancient fortresses that dominate towns with their magnificence. We will discover fascinating aspects of these monuments such us the bell strikes that used to instill a time beat in everyday town life in addition to the legendary past of knights, bandits and women. 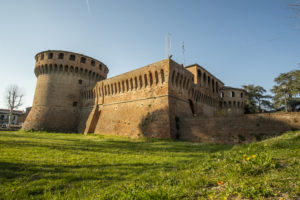 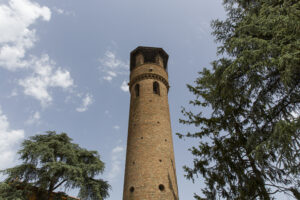 For the most experts – Download the gpx track
The routes can be downloaded and can be managed with any satellite navigator for outdoor use.
You can use telephone Apps enabled to manage information through geolocation.
The files are all in GPX format, the exchange format, click here

The civic tower of Bagnacavallo stands near “Palazzo Vecchio” in the town main square. It was built with bare bricks approximately in the middle of the XIII century and then it was fitted out with a clock in the early XVI century during the political control of the Este family. Finally, it was designated as a jail from the XVIII to the XIX century where the bandit Stefano Pelloni known as “il Passatore” was imprisoned in 1849. 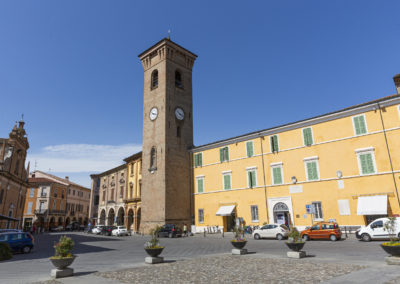 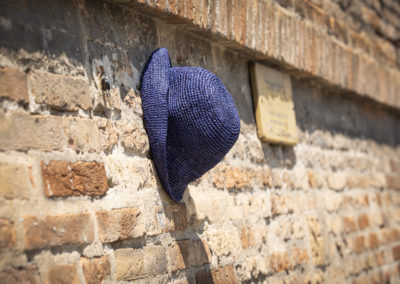 The Tower was built in Cotignola in 1376 by Sir John Hawkwood, known as Giovanni Acuto, a famous English captain who had received the feud from Pope Gregorius XI in 1370. It was destroyed in 1944 and rebuilt in 1972. Inside the tower, the civic bell known as “E’ Campanòn” is kept on which an inscription says why the bell was rung ”Arma – Ignem – Excubias – Senium – Sontesque – Senatum – Jubila” (war, fire, sentries, river Senio, bandits, Senate, festivals). 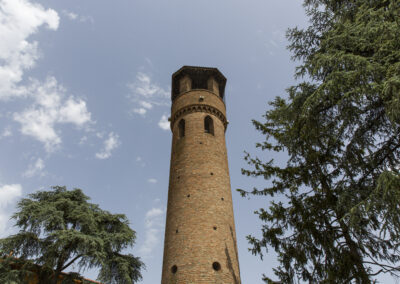 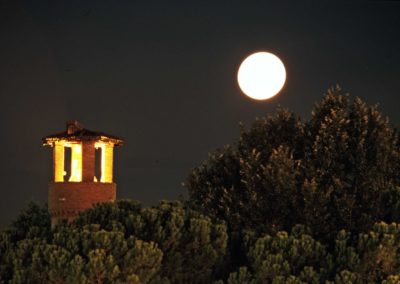 The Rocca Estense in Lugo is an important evidence of the strongholds that characterized the town development in the second part of the Middle Ages especially in Romagna and its present aspect dates back to the XVI century. As a matter of fact, the most important period for the stronghold development was during the political control of the Este family (1437-1598) during which the features of its defensive system were deeply changed. After the annexation by the Papal States, the military features of the fortress became “more gentle” with the creation of the Hanging Garden at the end of the XVIII century. The fortress has been hosting the town hall since 1847 and its halls have a remarkable cultural and historical appeal. 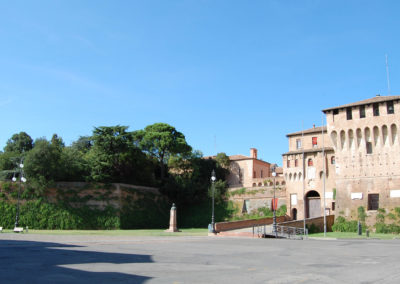 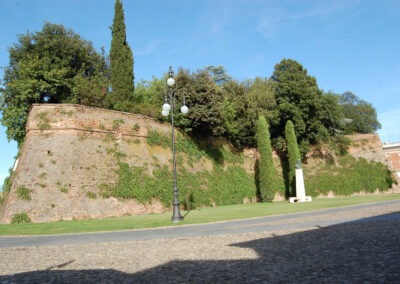 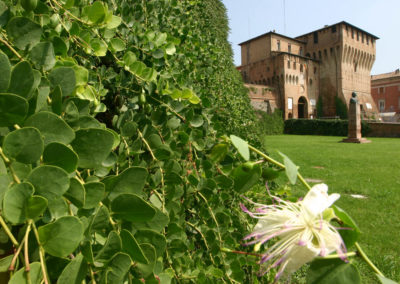 The defensive system of Bagnara di Romagnadates back to the XIV century and it is the only example of still complete Medieval “castrum” in the whole emiliano-romagnola plain. The present fortress was built in the XVI century on the ruins of the previous one. Its reconstruction took many decades and it was possible thanks to the lords that used to dominate Bagnara such as the Bishop of Imola, the Manfredi family, the Colleoni family, Girolamo Riario and Caterina Sforza. The latest works involved the keep in 1479 and the elegant porch commissioned by Caterina herself.
After the ephemeral occupation by Cesare Borgia known as “il Valentino”, approximately in 1500, Bagnara lived some troubled decades until the return under the control of the Papal States. The fortress became the residence of the Bishop of Imola’s commissioner so it became a residence, the two towers were covered with bricks and the other locations were earmarked for civil use.
In the keep it is possible to admire the top, the pillboxes and the underpasses but it is also possible to admire the East tower which is a real jewel. 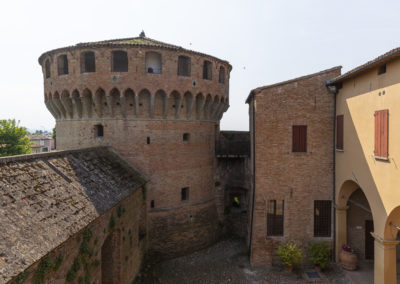 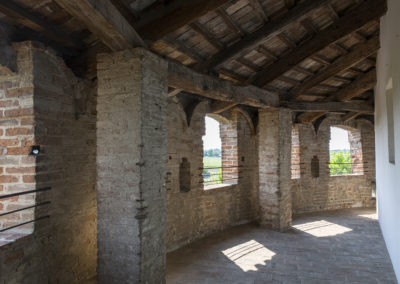 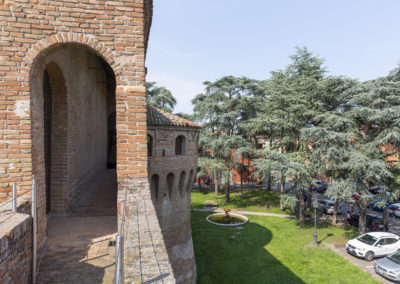 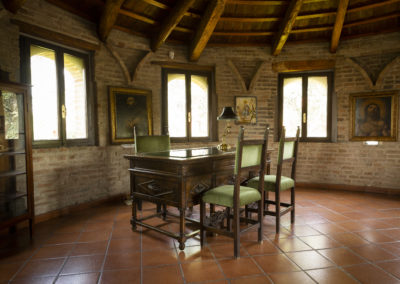 The clock tower of Sant’Agata stands where the ancient Medieval castle used to be especially in the castle ancient gate called “La porta” (the gate). The big arch gate has a bell known since 1487 as “la campana della ragione” (the bell of reason) and it is said that it brings happiness to those who cross it during the strikes. 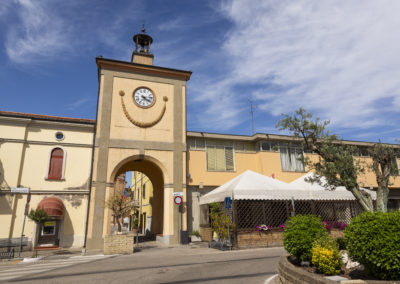 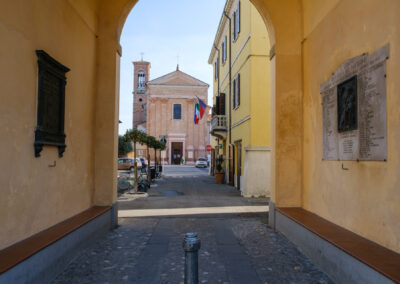 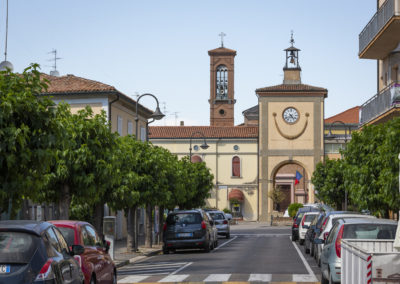 Rebuilt in the second half of the XVIII century by architect Cosimo Morelli after a fire, the clock tower of Massa Lombarda stands on a side of the main square and it is the architectural symbol of the town as it can be seen at a long distance. 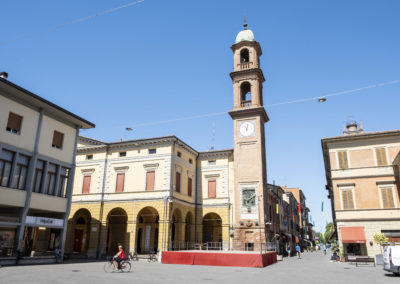 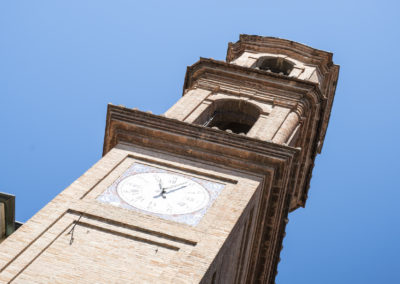 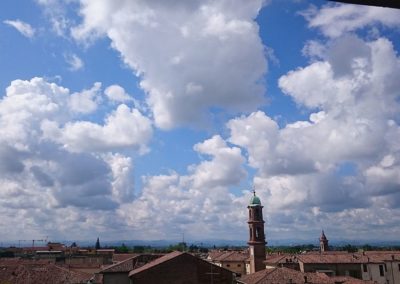 The tower called “the bell tower” stands in the main square of Conselice and it is the municipal tower. It was built with the church of San Martino in 1830 by architect Giuseppe Magistretti. It was then rebuilt in 1871, it is 36 metres high and it hosts the clock and the church bells. 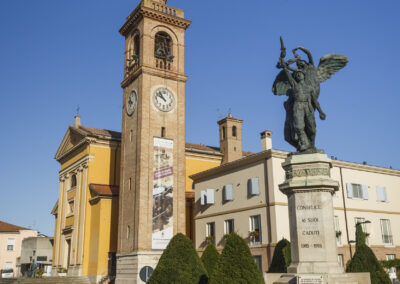